EFFECTS OF RELAXER ON THE HAIR

The “creamy crack”has been on the market for some time now. Many look at Mrs C.J.Walker as the one inventing the hair relaxer, where in fact it was  Garrett Augustus Morgan, a Businessman and inventor.

We all know the relaxer. By definition It is “a type of lotion or cream generally used by people with tight curls or very curly hair which makes hair easier to straighten by chemically relaxing” the natural curls”.

The active agent is usually a strong alkali, although some formulations are based on ammonium thioglycolate instead.

For many years,  Hair relaxers have been dominating the hair care market for Black women all over the world. The cream was marketed and sold as a “solution” to achieve silky straight hair.  The desire for this silky, straight hair originates from the way the media has been presenting these flowing locks as to be the epitome of beauty.

The relaxer has been introduced in many households and was used by many men, women and even young children. Now, many years later, we have come to realise that these so called silky hairs that we all have been desiring, come with a heavy price.

How does a relaxer work

When applying a relaxer, the majority of them are meant to stay on the hair for about 20 minutes. This application gives the chemical the time and opportunity to slowly burn into the cuticles – the outer layer of the hair- every time it touches your hair. Causing the hair to slowly but surely get severely damaged.

so, what really does a relaxer do to your hair?

Once introduced to your hair, the relaxer will lift, penetrate and destroy the protection layer of your hair – the cuticle. 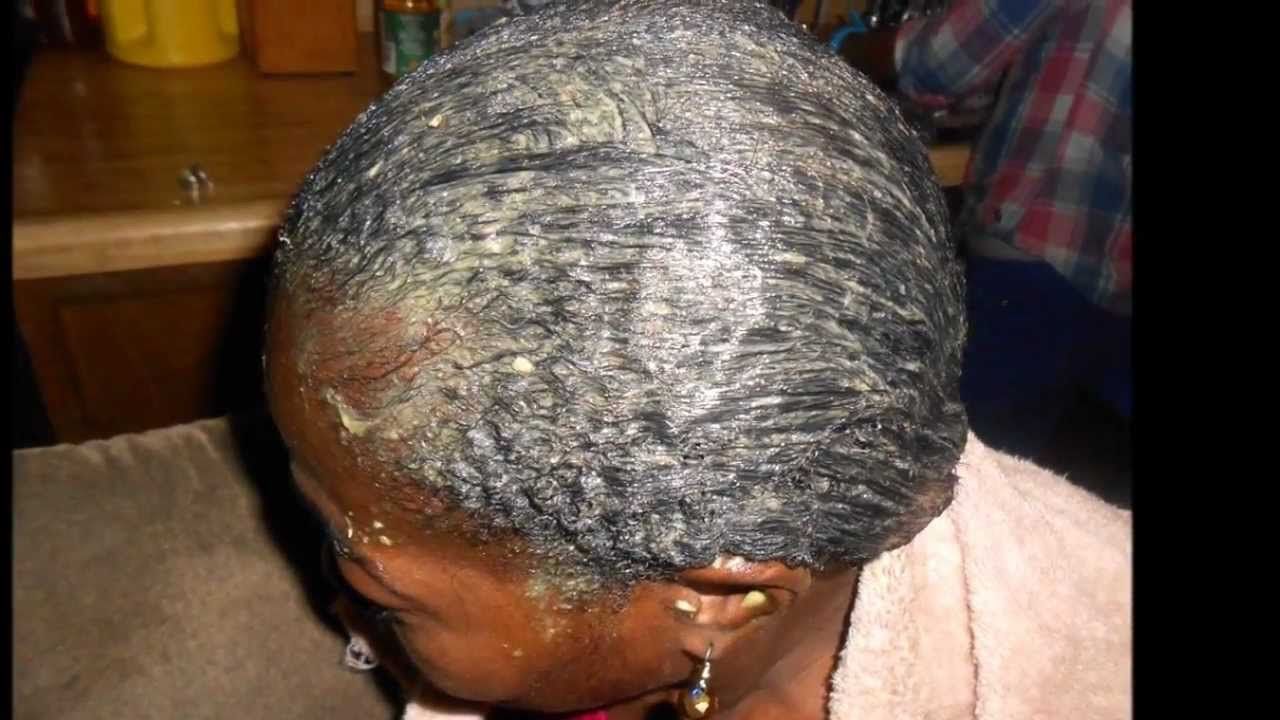 Hair fibres are made up of proteins, mainly keratin that contains different types of bonds which are responsible for each individual’s distinctive hair texture.  one of the bonds are the hydrogen bonds. Hydrogen and disulphide bonds are a main factor in determining the curl pattern of the hair. These bonds are the ones that are crucial when it comes to relaxing the hair.

Chemically, hair relaxers are designed to straighten extremely curly, coiled or tightly coiled hair by breaking the disulfide bonds found within the cortex layer of the hair.

Hydroxide and Thio are the most common types of hair relaxers. There are several types of Hydroxide relaxers which are sold to professionals and consumers with no mixing requirements, they are ionic metals include sodium (Na), lithium (Li), and potassium (k). These metals are combined with oxygen (o) and hydrogen (h), forming ionic compounds known as relaxers which include the following active ingredients: sodium hydroxide (NaOH), potassium hydroxide (KOH), and lithium hydroxide (LiOH). Sometimes calcium (CaOH) is added to hydroxide relaxers, but it is not used solely to relax hair.

Hydrogen bonds are bonds that form between water molecules, and are responsible for hair curling as it dries. When hair is wet, the hydrogen bonds are broken. As it dries, the bonds reform, as do the curls. This is why hair can be manipulated by using rollers as a temporary alternative to relaxers. As the hair dries around the rollers, it holds its new shape once they are removed.

Disulfide bonds are much stronger than hydrogen bonds. These bonds form between sulfur atoms in hair fibres in order to provide strength in addition to the formation of curls. These bonds cannot be broken by water like hydrogen bonds, so hair relaxers are used. The chemicals present in hair relaxers break the disulfide bonds. This permanently straightens the hair. However, breaking these bonds makes the hair more susceptible to breakage and split ends. Relaxers are strong enough to break the disulfide bonds in hair fibres and consequently alter the structure of the curl pattern.

There are different types of hair relaxers available of varying strengths and made up of different chemicals. Thio (ammonium thioglycolate) relaxers are much thicker in consistency than other relaxers, which make them easier to apply. They have a pH value of at least 10 to ensure that enough of the disulfide bonds have broken. The relaxer is then rinsed out and a neutralizer used to bring the hair back to its original pH value of 4.5 – 5.5. Thio relaxers slowly break down the bonds in the hair’s proteins in order to straighten it.

However, lye relaxers work in a slightly different way. In this process, lye is the active ingredient. Lye is a mixture of sodium hydroxide, water, petroleum jelly, mineral oil and emulsifiers. This relaxer is absorbed by the hair’s proteins and weakens the bonds rather than breaking them. The curls are then loosened as the hair fibre swells open. However, the amount of lye in the relaxer can vary, so weaker products can minimize the extent of damage to the scalp. Lye relaxers typically have a pH between 12 and 14 and do not require a special neutralizing step, unlike thiol relaxers.

Once the hair is relaxed, it is permanently straightened. But as the hair continues to grow, the roots will be natural. This means the relaxing process should be repeated regularly to achieve a consistent look, but excessive use of relaxers can cause damage over time, leading to chemical burns and hair loss. Relaxers contain strong chemicals to ensure that all the bonds holding the curls are altered. These chemicals can be harmful if overused or applied incorrectly. 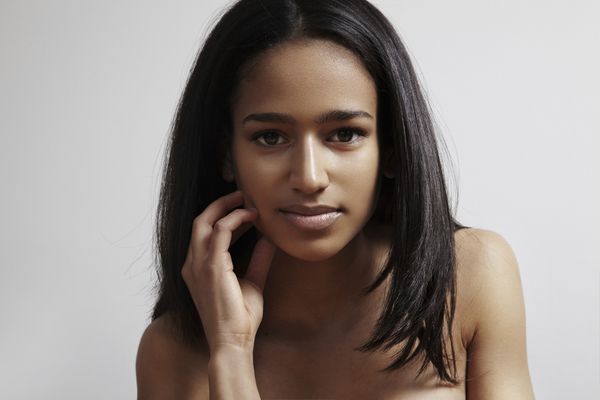 Overall, hair relaxers are useful in managing thick, tightly coiled hair when used moderately. But, it is a permanent alteration to the hair’s curl pattern, so it is something that should be well considered before undertaking. Personally, my hair is much healthier without the use of relaxers, but this is not the case for everyone. What you do with your hair is your choice and should come from you, and you alone. Ultimately, all hair textures are wonderful and beautiful in their own way and should be celebrated!

2 thoughts on “EFFECTS OF RELAXER ON THE HAIR”

What People Are Saying On NISH Magazine